Textile’s confidence – this is the motto of the independent pollutant tests according to OEKO-TEX® Standard 100 since 1992 for textile products of all kinds that are impeccable with health. There are four product classes, with the strictest criteria for Class I (textiles and textile toys for babies and toddlers up to the age of three).

The prerequisite for the certification of textile products in accordance with OEKO-TEX® Standard 100 is that all components of an article meet the required criteria without exception – in addition to the upper fabric, the sewing yarns, insoles, prints, etc., as well as Non-textile accessories such as buttons, zippers, rivets, etc. 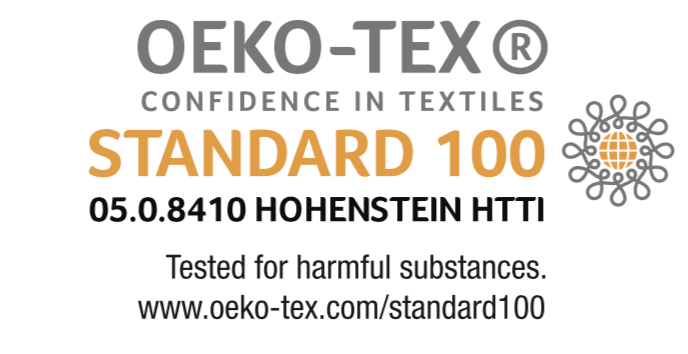 All lists will be available to you consumer protection tests and assessments shortly at the end of this text.

As ordinary consumers on the one hand and as manufacturers of sophisticated products on the other, we find ourselves in a dilemma again and again on this topic. This arises when consumer organisations, the media or even consumers make judgments in forums that we do not believe do justice to the facts, unjustifiably devalues products that do not deserve it or make judgments without proper themselves. To be informed or to inform your listeners or readers in detail.

We consider any supervisory body to be extremely important and sensible, both as a consumer and as a manufacturer. It is simply necessary to intervene if promises are not kept or there is a danger to people and the environment. To that extent, hats off to those who deal with it and do not shy away from conflicts.

What we do not like are contributions which, in our opinion, contribute to consumer insecurity rather than promoting awareness and enabling the consumer to make his own judgments through knowledgeable information. Therefore here is a comment on two test criteria, which are also often brought into play by the magazine ÖKOTEST. It is the content and danger of organic tin compounds and organic halogen compounds.

The OEKOTEX standard® 100 sets the limit value of OZV (tin organic compounds) at 0.5 mg/kg or 1.0 mg/kg (e.g. MBT). The method for determining the tin organic compounds is based on extraction of the material with an organic solvent and subsequent derivatization with sodium tetraethylborate. The tests are carried out in the cleaned (“clean-up”) extracts by gas-chromatographic means (MSD). ÖKOTEST had tested one of our shirts a few years ago, everything was well, only the content of tin organic compounds was reprimanded with a value of MBT 2.1 μg/kg and DBT 1.5 μg/kg, total OZV 3.6 μg/kgg. If one calculates in milligrams, for the sake of preatability, that is 0.0036 mg per kg. A hyphp shirt weighs in on the baby sizes between 74 g and 80 g. It follows that between 0.000266 mg 0.000288 mg of tin organic compounds (OZV) are contained in a shirt. All values are below the OEKOTEX 100 Class 1 limits.

We have therefore included the limits for food in consideration:

Who has confirmed a NOAEL (no observed adverse effect level) of 25 μg per kg of body weight through experiments. This means that no poisoning, impaired the immune system or any other physical reaction was observed. The TDI (tolerable daily intake), i.e. the amount that can be eaten without hesitation, was determined with a safety factor of 100 to 0.25 μg/kg body weight. According to the WHO, a child with 10 kg (about 1 year old) could consume TÄGLICH 0.25 μg by 10 = 2.5 μg OZV without any health concerns. In hyphen shirts that would be between 9.4 and 8.7 shirts per day-every day, well then meal!

We cannot definitively answer the question of where OZV’s come from. Since OZV is also found everywhere in the house dust and the production does not take place sterile, the OZV load could well come from dust.

OZV’s content in the house dust of apartments has been determined:

Halogen organic compounds or more accurate organic halogen compounds are incredibly large and many are non-toxic or questionable. What they all have in common is that the halogens contain fluorine, chlorine, bromine or iodine, which may form the “toxic” proportion. Halogens are very volatile and always found in compounds such as:

Chlorides are dissolved in seawater and form the majority of salt deposits (sodium chloride).

Fluorides are added to drinking water and dental care products. It is said to be a preventive effect against tooth decay.

Bromides are used for the production of films and photographic paper or for halogen lamps.

Iodides must be ingested with food to ensure the functioning of the thyroid gland. Iodine is also used for halogen lamps.

Halogen compounds also occur in nature, and only an excess makes them dangerous there, as the natural balance is disturbed. The studies that summarily capture the AOX and the POX (content of bound and volatile organic halogen compounds) serve as parameters of pollution of wastewater and drinking water. They do not make a statement about the toxicity or the allergenic effect of the substances.

In this respect, this value is a critical matter for the journal ÖKOTEST, since it does not capture the actual substances and thus the actual danger, gives no indication to improve the products and one is never sure whether absolutely harmless products are being polluted. to become.

Many of these compounds are actually toxic under different names and accurately recorded in other tests. For example, substances such as DDT, lindane or dieltrin are among the pesticides. PCBs, PVC and chlorinated solvents such as trichlororethane, or tetrachloromethane are also organic halogen compounds and are recorded by the OEKOTEX® Standard 100.

Learn all the newsand exclusive offers